Year of the Floating Pig 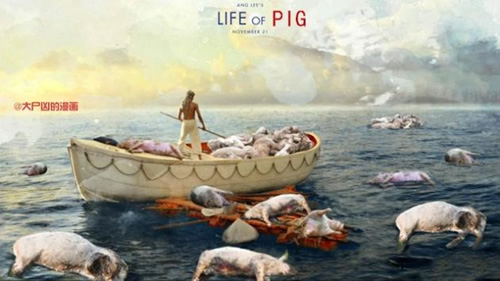 Masses of pigs are floating down rivers upstream from Shanghai in China. These porcine floaters didn’t get much attention until an astonishing 6000 were pulled out in three days. Apparently farmers are dumping pigs who die into the Huangpu River instead of properly burying or incinerating them.

Jokes from residents have appeared online: perhaps the pigs are jumping in the rivers after refusing to breathe China’s increasingly polluted air or because they are distressed at living in such a toxic environment. It’s disgraceful really the way humans treat animals. While sometimes I can laugh at the jokes (as I don’t like to take life too seriously) when I think a bit deeper it saddens me greatly. Human pain and fear is often strikingly visible in our shocking treatment of animals.