so now I get it: about 14 billions years ago there was nothing (suddenly or not so suddenly) there was an almighty explosion the size of a zillion atomic bombs and everything got really really hot and rapidly expanded out at a zillion kilometres per second….from this expansion the universe cooled and we got swirling clouds of gas which gradually formed stars and galaxies….a few billion years ago (about 4.6 I’m told) the solar system the sun and planets began to form from the gravitational collapse of a rather large gas cloud (through accretion of all this stuff that came from nothing with the help of dark matter and dark energy and other stuff)

on earth sometime around 3.5 billion years ago this stuff which came from nothing started to form a chemical soup of amino acids (by this time the sun was shining bright)…and then presto a cell was born – archaea – our first little critter…..this cell lived in such a nasty environment that it wanted out…so as the planet cooled a bit another cell appeared out of this soup….it was smaller and lived its humble life like a little battery…..it was very lonely so it moved into archaea…yes right inside – fused…so now archaea had its own little power source and started to copy itself – zillions of the little buggers….about 2 billion years ago some of them got clever and learnt how to use light to make sugars….then about 500 million years ago colonies started hanging out together…..then in the seas larger critters formed until one day they grew tired of being wet all the time and at the tidal zone grew legs and crawled out onto land….eventually growing into dinosaurs which were incinerated (except birds our modern version)…..then some organism decided that to have warm blood was really cool?…..so you could do things real quick and run about and sweat and grow bigger brains…..which walked out of a big land mass called Africa about 50,000 years or so ago and went on to invent this iPad I am typing on

ok ok I get it already – all from nothing 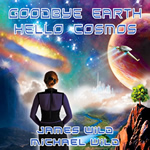 Categories: Have a Giggle, Science