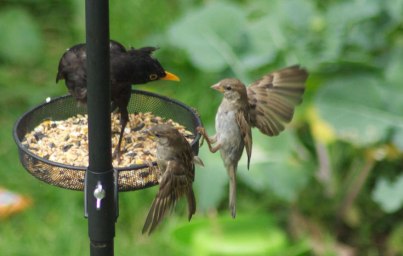 People who live in the city are louder and ruder than their country cousins. And this doesn’t just apply to people but also to animals. Birds moving into the city for a day trip may find their city cousins hard to understand and downright rude.

In crowded places and with the often abundance of food in the cities, birds crank up the aggression because it takes more work to claim the tidbits and keep competitors at a distance.

A study published recently in the Royal Society Open Science journal and other research found that city birds starting singing earlier than those in the countryside – to avoid the noise from the traffic. Avoiding rush hour one could say. They also altered their songs, making them louder and faster or slower, to adjust to the noise and the special acoustics that buildings create.

So would the country birds make sense of what their belligerent city bound cousins are ranting on about? Maybe not.

But some species of city birds are smarter, more creative and act more boldly. But the big downside for them is the extra stress that leads to accelerated ageing.