Not to Worry America, Canada Still Loves You 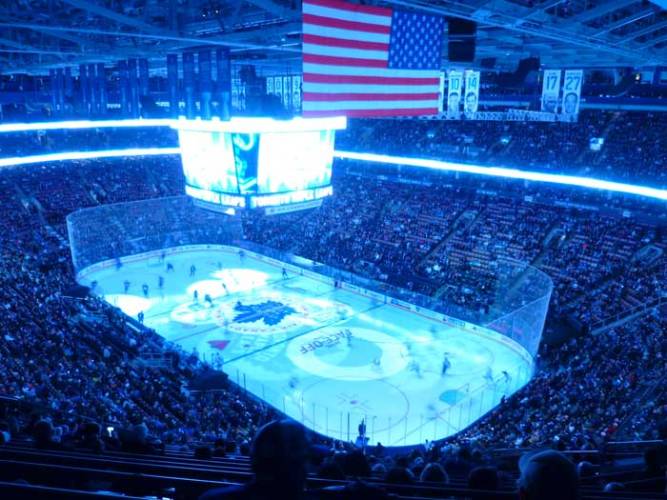 Recently Fiona and I watched a hockey game in Toronto between the the Maples Leafs and Tampa Bay Lightning. The latter were just too good for the Leafs, much to my disappointment but it was all good fun to experience something new.

But what stood out for me more than anything was the camaraderie between the two groups of supporters. Both countries national anthems were played before the start of the match and there was a tingling feeling of togetherness wafting over everyone. I swear that I thought I heard a good lot of Canadians joining in to sing the Star-Spangled Banner. Respect.

Amusingly but also very touching, some Canadians have set up a website – tellamericaitsgreat