Infinite Self – Reclaiming Your Inner Power 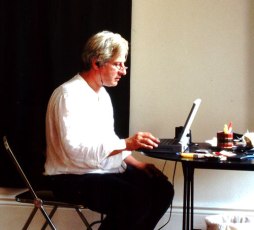 Republished © Stuart Wilde – Note from CJWild: This is a Stuart Wilde article and the views expressed in the text are not necessarily my own.

Twenty-five thousand people were attracted to my spiritual teacher over the few years that he taught, and at each level of progress, the teachings and disciplines got harder and harder.

After a period of about three years, almost everyone had dropped out; near the end, there were only 72 people left – one of which was yours truly. Eventually there were only three of us left. It was that tough.

The disciplines imposed by our teacher were difficult because they required you to be extremely spontaneous. So my teacher would phone and say, “There is a meeting next Wednesday evening in southern Spain at seven o’clock. Be there!”

There was no question of: could you afford the travel expenses, get the time off work, were you happy with the idea, or was it convenient for you? It was a matter of “be there”! If you were even one minute late for a meeting, you got tossed out forever. There were no ifs, buts, or maybes; we were cut no slack.

I remember a session that was held in California, at Big Sur. The meeting was called for six in the morning. A number of us flew from London, including two South African friends of mine. We got to the hotel the day before and checked in. My pals were up early next morning and decided to go for a little walk before the meeting started. They arrived back at the meeting room at three minutes past six.

They were not allowed to enter – in spite of the fact that they had flown all the way from London. That was the last I saw of them – on that particular path anyway.

What I learned from those experiences was that spiritual growth and the getting of a higher awareness is not necessarily convenient. That’s why most never make it. They want to reach a higher place from within the considerations of the ego and its limited consciousness – which often defines life into self-righteous, cozy little boxes, creating a self-indulgent energy that has the potential of a slug in a puddle.

The ego likes little boxes it is familiar with. But when considering an infinite consciousness, the first thing you have to do is burn the boxes. Lao Tzu talks about it in the first few lines of the Tao Te Ching – when talking about the Infinite Self, the Christ consciousness, the God Force, the Tao, the Buddhahood, whatever you care to call it – is that it runs through all things, its everywhere, so it has no definitions.

Only the ego needs to define, discriminate, quantify, and measure things in order to create an edge or framework to life so it can feel secure and comfortable with what little it knows and comprehends. But the eternity of the grace of God flows through the life force of plants, trees, animals, humans, and all things. It doesn’t have a boundary or definition.

You can define the position of a tree because there is a definite space around the tree where it is not. Here’s the tree, and there’s the space around it where it is not. But the God Force is omnipresent, meaning it’s everywhere, it can’t be defined. It is the “nameless” from which everything flows. If the God Force is omnipresent, it must also be God, because God is everywhere. The God Force and God must be one and the same.

The act of defining life limits your perception of it. In the Tao, nothing is considered high or low, short or long. One could say, a journey is long because it takes you four hours to drive from A to B, but it’s not long when compared to sending a satellite to Mars. And that isn’t long compared to the distance from earth to the Andromeda galaxy.

Tossing our definitions of high, low, good, and bad is the first step towards grasping the indefinable nature of the Infinite Self. This can be a little unnerving for the ego because it likes the idea of my body, my people, my house, my car; I am here, and I’m not everywhere else. Of course, that is true in a strict physical sense, but in the realm of consciousness, your energy is bigger that mere concepts of my body, my life, my car.

As you expand your heart and go past your resistance to letting go, you comprehend yourself as an omnipresent, eternal being – one that dwells in a multidimensional state, timeless and immortal. Meaning, you existed before you came to the earth plane, you exist now in a physical form, and you will exist after you leave the earth place – after your body quits in the earth plane.

The idea of the Infinite Self is beautiful, but it’s hard for the ego and the personality to grasp. If I say to you, “Think about Infinity,” you can try to imagine something going on forever. But if I ask what does infinity feel like, you will probably not have a precise feeling you can identify with. You might say, “Oh, yes, Stu, I think I know what infinity is like.” But thinking you know is only the first run on the ladder.

First you sell the ego-personality the idea as an intellectual principle. Then through discipline, mediation, opening yourself up, moving beyond fear – through coming to a more compassionate understanding of this planet – you finally comprehend the Infinite Self as feeling. Then you’ll be able to say, “Yep, I feel eternal, immortal, and infinite. I feel I am everywhere and nowhere, I dwell in the realm of spirit.”

Next, it’s important to grasp, early on, that spiritual growth is not necessarily convenient or comfortable. This is not only because you have to discard an awful lot of your beliefs and definitions – things you hold sacrosanct – but also because your can’t get to the Infinite Self without traveling back through the physchological and metaphysical reality of who you are and the memories of what you have done in this lifetime.

Looking at yourself can be uncomfortable. It’s difficult to learn to control the ego and discipline the mind without it reacting. However, it’s a vital part of the journey, and you have to raise your energy gradually, over a period of time.

I don’t buy the idea that something or someone is going to descend upon you one day and raise you up – a great guru, Jesus, or some angelic being – that they are going to touch you on the forehead, and suddenly you’ll be elevated to a higher place. I’m sorry if that contradicts your beliefs, but energy seeks its own level.

Even though something or someone can inspire you or teach you, in the end the only way you will sustain a higher energy is to create it for yourself.

In the laws of physics, a subatomic particle can borrow energy for a millisecond, moving to a faster orbit around a nucleus. However, the particle can’t keep that borrowed energy indefinitely. So whatever energy is borrowed in this second has to be paid back a split second later, and the particle returns (decays) to where it is comfortable, at the energy level it had before.

Spiritual growth follows the same rules. You can be inspired by a hymn, by a fanatic sermon, words out of a book; but you can only borrow that inspiration. In the end, raising your energy involves discipline, which means working upon yourself. There is no particular time when you can say, “I’ve done it, I’ve finished.”

Embracing the Infinite Self is a perpetual process, unfolding within you forever and ever. That is the only way you can sustain yourself indefinitely at a higher level.