Where Does Fat Go? The Answer May Surprise You 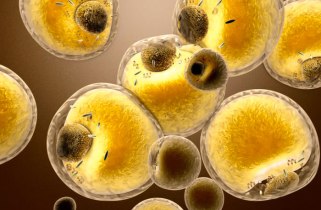 I went over to my brother’s yesterday and had a “Bee Sting”. A delicious piece of cake/slice heaven filled with cream and sugar and other delightful things. I know that if I didn’t use up all the sugar then it’s possible for fat to be created. So what then? Where does the fat go once I start using it for energy?

The short answer – this article, which is a review of a fascinating video on YouTube featuring Ruben Meerman. Watch it here if you want to get the full picture – highly recommended.

First we don’t actually lose fat – we expel it. While fat does “burn” it does not transmogrify into energy – energy is a by product of the burning of fat. And obesogens and other esoteric compounds are not the cause of our obesity epidemic.

Put simply, when we eat **sugars, carbohydrates and fats the excess is stored as fat in the body through a variety of mechanisms. For carbohydrates this process is called de novo lipogenesis.

**Since writing this article I have found this statement to be misleading – see Richard Hardings comments below.

Fat is made up of fatty acids and glycerol – which are composed of the elements carbon, hydrogen and oxygen (C, H and O – see graphic below).

In order to work out where fat goes we can look at how the elements of C, H and O in fat move in the body. Check out the following diagram.

This shows us that fat in our bodies, plus the oxygen we breathe in, gives us carbon dioxide, water and energy (via some marvellous chemical reactions).

This biochemical process enables us to get up in the morning and do all the things we love to do – feed the cat, annoy our partners etc.

We can see here that carbon (C) in the fat part of the equation ends up in carbon dioxide. And how do we get rid of carbon dioxide? Basically by breathing out – if you are a walking talking human being.

(Note that there is no fat in the energy component. We measure fat in grams because it has mass. We measure energy in joules).

We know from research that when fat is oxidised (put to work in our bodies) 84% is converted and excreted as carbon dioxide via the lungs – i.e. breathing out and the rest becomes water which is eliminated mostly through your back end.

So fat (grams) is not magically burned away or disappears as energy (joules) and it is not converted into muscle and doesn’t all ooze out as sweat.

The fundamental understanding is: we get fatter because we make more fat (through eating protein, sugar, carbohydrates and fats) than we end up expelling through our breath.

And how do we increase our breathing and get rid of fat? By doing work – we take the dog for a walk, we fidget at the breakfast table, we climb up mount Fuji.

Even thinking a lot and watching television is “working”. Yes it is possible to lose weight by watching the tele – just eat very, very little. That’s tough because eating and the tele go hand in hand. It’s a marriage made in fat heaven.

Does this mean to lose weight all you have to do is breathe faster. Well, not really because standing still and breathing quickly for a long time may lead to hyperventilation so that’s not recommended.

The big conundrum is the amount of exercise one needs to do to forego the weight gain that would occur through eating say a Mars Bar (or the aforementioned Bee Sting). Apparently one has to do 25 minutes of freestyle in the pool – non stop.

Better get to the pool.